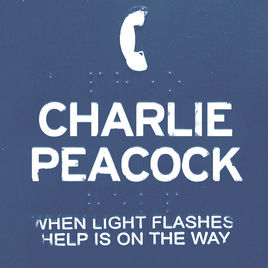 These two discs from a pair of Nashville’s premier jazz musicians reflect the strong influence of early ’70s jazz-rock. This was a time when improvisers freely mixed and matched elements from these genres and others without regard to purist concerns about tradition or instrumentation.

Yet neither is a retro project: Instead,  they are vibrant, fresh releases that display the best qualities from that time, while spotlighting their featured leaders’ impressive skills. Multi-instrumentalist Jeff Coffin is a unifying figure between the two discs, both of which come in right under 40 minutes. He’s the main soloist and woodwind arranger on the Peacock session, and principal composer as well as producer and engineer on his own release. In addition, the discs feature an array of topflight area talent, and both showcase original works rather than covers and reworked standards.

While his track record in Contemporary Christian music is long and quite accomplished, Charlie Peacock’s credentials in both jazz and classical are equally extensive. His playing throughout “When Light Flashes Help Is On The Way” is energetic, rhythmically varied, and melodically arresting. He not only delivers fiery solos and deft accompaniment on keyboards, but occasional contributions on Acetone organ. Coffin is explosive on some tunes, more laid back on others, although my personal favorites are freewheeling cuts like the opening selection “Wendell Berry in the Fields At Night,” as well as “Masters of War” and “Auutomatt.”

Peacock smartly incorporates acoustic (Jeff Taylor on accordion, Andy Leftwich on mandolin and fiddle, Matthew White on trumpet) and electric instruments into the sonic mix (guitarists Jerry McPherson and Hilmar Jensson, who doubles on acoustic, bassist Felix Pastorius), plus additional guest musicians. The selections range from quick-hitting interludes like “Samuel and the Iceland Indigo” or “Blue Part Two,” to longer compositions such as “Gift Economy” and “Still Water.”  This is a highly enjoyable date that reaffirms for anyone unfamiliar with them Charlie Peacock’s jazz roots and ties.

In recent years Jeff Coffin’s profile has expanded into the realms of education and label ownership, but he remains first and foremost an outstanding and versatile soloist on multiple horns from soprano and tenor sax to bass clarinet, as well as flute. “Next Time Yellow,” which was recorded last year, stylistically puts as much, if not more, emphasis on collective interaction and ensemble presentation than solo flamboyance. Its opening two pieces “Clementine” and “Zarakov’s dilemma” are nearly eight and nine-minute works respectively that unfold via precise playing and tight arrangements. Coffin employs a three-horn frontline, with trumpeter Jennifer Hartswick and trombonist Barry Green. Electric keyboardist Chris Walters and bassist Matt Wigton are other core group members.

He integrates contributions, accompaniment and licks from a corps of guitarists (James daSilva, Lindsey Miller, Tim Reynolds), and drummers/percussionists (Keith Carlock, Josh Hunt, heritage o.p.). The result is an intriguing, edgy and entrancing set. Other prime pieces include the title track, as well as the numbers “in motion” and the finale “racer.” While there are ample moments where different members deliver memorable solos, that’s not the prime intention on “Next Time Yellow.” Instead, it’s crafted to offer listeners a cohesive sound with enough individual moments of glory to satisfy those who expect any jazz date to feature them, while primarily about collective interpretation and interaction.

There are lots of facets and approaches to jazz, a reality that sometimes gets ignored or overlooked by those who would protect it from what they deem damaging influences or trends. Charlie Peacock and Jeff Coffin represent the wing that realizes the music can embrace many things, yet retain the ethos that makes it special.

It was over 15 years ago that Eric Brace abandoned a successful career as a music journalist for the Washington Post and relocated to Nashville. He wanted to play and compose songs rather than write about others doing that. Since that time he’s joined forces with fellow songwriter and another former music journalist Peter Cooper for a series of acclaimed duo LPs. In addition, he runs the record label Red Beet, which documents some of East Nashville’s finest music. Plus he’s produced many fine (some Grammy nominated) sessions by other musicians, working with performers in idioms from bluegrass and country to soul/R&B.

Brace’s most recent release presents a different side. “Cartes Postales” is a poignant tribute to Brace’s father Paul, an immigrant from France, who introduced him as a young boy to an eclectic blend of songs that converged jazz with popular French tunes from earlier eras. Brace ably handles vocal duties on all 11 numbers. The menu ranges from pieces written by legendary New Orleans’ expatriate saxophonist  Sidney Bechet, who was celebrated as a hero in France, and the amazing Gypsy guitarist Django Reinhardt (still for many Europe’s greatest jazz musician) to artists Brace heard growing up like Charles Trenet (“Que Reste-t-il de Nos Amours” and “L’ame Des Poetes”).

Bassist Mark Fain and drummer Lynn Williams are able rhythm section mates, but the disc’s other star is the brilliant, sometimes astonishing Rory Hoffman. Multi-instrumentalist doesn’t quite describe the impact he has during this session. Hoffman’s arsenal includes guitar, accordion, clarinet, piano, tenor sax, harmonica, banjo, even whistling, and he excels on each and on every occasion. Indeed he sounds so much like clarinetist Acker Bilk on “Savoir Aimer” that anyone hearing it without referencing the CD cover could be forgiven for thinking that IS Bilk, even though Hoffman is doing far more than a straight imitation. He plays with a fervor and soul that is inspirational and powerful. Hoffman’s presence adds the final touches to a moving set that will appeal even to those without any knowledge of or prior exposure to either France’s language or music.

B. – Jazz Plus reviews 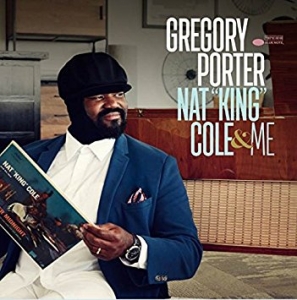 Gregory Porter takes another step forward in establishing himself as the premier male jazz vocalist with this often dazzling set of numbers previously made famous by the masterful Nat King Cole. Though not quite the sultry stylist as Cole, Porter’s sound is equally sensual and captivating on his versions of “Mona Lisa,” “L-O-V-E,” and “Pick Yourself Up.” However, he truly puts his mark on this session with stirring versions of “When Love Was King,” “I Wonder Who My Daddy Is” and “Pick Yourself Up.” He’s just as demonstrative on tunes that have been done numerous times by others like “Nature Boy” or “The Christmas Song.” Vince Mendoza’s orchestrations effectively frame and buttress Porter’s vocals without overpowering or obscuring them. Listeners get a fresh sense of why these are classic and more evidence that Gregory Porter today is at the top of the vocal ladder.

This companion guide to award-winning author/filmmaker Robert Gordon’s sixth book “Memphis Rent Party” highlights the Bluff City’s rich, diverse musical heritage. It ranges from crunching blues selections featuring Furry Lewis (“Why Don’t You Come Home Blues”) and Junior Kimbrough (“All Night Long”), to the jazz-flavored stylings of Calvin Newborn (“Frame For The Blues”), and stomping piano from Jerry Lee Lewis (“Harbor Lights’). There’s also more contemporary material by the duo of Luther Dickinson and Sjharde Thomas (“Chevrolet”), Reggae filtered through a rock lens via Alex Chilton with the Randy Band (a neat cover of The Slickers’ “Johnny Too Bad’), and heated rockabilly from Charlie Feathers (“Defrost Your Heart.”) The set closes with a wry number from legendary figure Jim Dickinson. His performance as well as the lyrics of “I’d Love To Be A Hippie” are the ideal foundation for this project. it’s irreverent, spirited and humorous, as well as musically unpredictable, just like the best of Memphis’ music in every category. 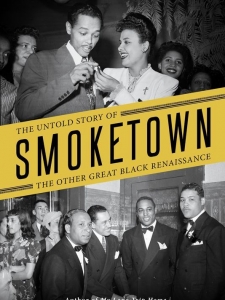 The Untold Story of Smoketown

Though serious jazz fans know about Pittsburgh’s illustrious history in that vein, Mark Whitaker’s new volume probably contains information even they were not aware of regarding how far back that legacy extends. It includes not just legends like Billy Strayhorn, Errol Garner, Earl Hines, Mary Lou Williams, Lena Horne and Billy Eckstine, but the top piano teachers and academicians who trained them. However, this isn’t solely or even mainly a music volume, despite the many wonderful stories and detailed material it contains on the Pittsburgh jazz and black music scenes. Instead, it is a history of Black Pittsburgh’s emergence throughout the 20th century as a key journalistic, sports and cultural center, a place that rivaled Chicago, New York or any other spot in the nation.

Whitaker covers such institutions as the “Pittsburgh Courier,” which had bureaus in major cities in the South, Midwest and Northeast, and chronicled the anti-lynching and Civil Rights Movements. The Courier’s Wendell Smith was an early and forceful advocate for the integration of Major League Baseball. He later was Jackie Robinson’s early mentor and roommate through his turbulent early years with the Dodgers, as well as a pioneer for the rights of Black sports writers.

The Courier also was a champion for integrating the armed forces, and in its later years became a place where Black women journalists like Evelyn Cunningham were given key assignments and major stories beyond just the “women’s page,” and where legendary editor/publisher Robert L. Vann not only was an advocate for social justice and equality for blacks nationwide, but a proponent of inclusion at his paper of women writers and later editors.

But just as he thoroughly covers the rise of Black Pittsburgh, the golden era of the Negro Leagues where two Pittsburgh teams battled for supremacy, and the evolution of the acclaimed playwright August Wilson from troubled youth to award-winning theatrical king, Whitaker chronicles the devastating impact of urban renewal in the ’60s, and the demise of the Courier and Negro Leagues due to political, social and cultural changes. “The Untold Story of Smoketown” is both a vital work of history and a reminder of what has happened in too many cities where supposed progress has led to as much displacement and grief as improvement and uplift. It’s also a reminder of how much incredible talent came from Pittsburgh, and how important the city has been in terms of not just black, but American culture.

The trio of authors responsible for the extremely comprehensive and valuable new volume “American Sabor: Latinos and Latinas in U.S. Popular Music” want to change thinking and approaches in regards to not only music but race and culture. Their aim is to expand the discussion and get people to understand that the nation’s musical heritage isn’t just a combination of black and white contributions, but also those of Latino communities. Their book targets five key cities: New York, Los Angeles, San Antonio, San Francisco and Miami. IT documents in the various chapters the contributions of Latino and Latina artists in different genres dating from World War II to the present.

The result is a fascinating mix of musical, social and political analysis, with coverage not just restricted to familiar icons, but including many unfairly obscure. underrated, and unknown musicians. Special care is also made not to overlook women contributors in any genre. The results show that Latinos and Latinas have played a far greater role than often credited in all types of American music, including jazz, R&B. rock, country, as well as some styles that they aren’t usually associated with such as blues and punk.

The book spotlights multiple styles from salsa and Latin jazz to Tejano, Norteno, even Mellow Man Ace’s Spanglish rap. Angie Berriors-Miranda provides translation, as this is written in English and Spanish. Add many wonderful photos, and sections and chapters on artists even the most avid Latin music fan might not recognize, and you have a volume that favorably compares to John Storm Roberts’ “The Latin Tinge” as the definitive work done in this field.