The Smithsonian Institute initially deemed April “Jazz Appreciation Month” in 2000, and it has become a national and global celebration culminating in International Jazz Day events each year on the final day of the month. This year there was a all-star concert held in Melbourne, Australia with performances from Herbie Hancock, Kurt Elling, Lizz Wright, and Jane Monheit among others. There were more than 30 international artists performing, and it was streamed live by the United Nations and UNESCO, and still may be available on www.jazzzday.com. Hancock was co-artistic director along with James Morrison, and John Beasley served as musical director.

The unfortunate thing was there was no broadcast or cable coverage, which remains one of my perennial gripes regarding the jazz/blues world. These great events seldom generate the widespread exposure they deserve, even with the numerous outlets that are now available. One of the reasons so many myths about jazz, and to a lesser degree blues. exist is because there’s so little general coverage of it. Many newspapers, a few huge ones in urban centers excepted, never cover it. Several publications don’t even review concerts by major jazz and blues acts in their cities. While I’m a fan and subscriber to Quincy Jones’ Qwest TV and love it, why aren’t there more jazz specials and documentaries on such services as Netflix, Hulu. Showtime, etc?

I don’t expect the broadcast networks to pay attention to anything except top-selling pop acts, and that’s fine. Having endured the last Grammy telecast, I wouldn’t want the people running that in charge of anything connected to jazz, blues or any other music I love and enjoy.

But way back in 1957, as part of a series “The Seven Lively Arts” CBS (yes CBS) aired a fantastic program “The Sound of Jazz.” It was a 54-minute special featuring Count Basie, Billie Holiday, Thelonious Monk, Red Allen and Jimmy Giuffre, with executive producers Nat Hentoff, Whitney Balliet, and Charles H. Schultz. That was in an era before cable or streaming, with just three networks.

There’s no reason today there can’t be periodic jazz and blues specials airing somewhere besides a paid specialty channel. It certainly wouldn’t be either an easy or inexpensive task, but it would be worth it. How about for starters having the 2020 International Jazz Day concert aired on a bigger streaming site like Netflix or Hulu? Then perhaps the Jazz Journalists Association awards event, which this year sadly wasn’t aired or streamed anywhere. Those two would make good first steps towards getting more jazz on in places where lots more people could see and hear it.

B. No “Bolden” in Nashville

After reading lots of articles about the new Dan Pritzker film “Bolden,” and despite misgivings about the publicity campaign touting him as the “inventor of jazz,” May 3 was a date circled on my calendar because that was when it opened nationwide. Then I saw the list of cites it was showing and what theaters, and that anticipation turned to despair. Only two AMC theaters in this area are showing it, one in Franklin, the other in Murfreesboro. Contrary to what the PR folks who sent that list think, those are NOT Nashville locations. They are in the greater Nashville area if you want to be generous, but talk to some folks from either place and ask them if they live in Nashville. Chances are most, if not all, will tell you they don’t. 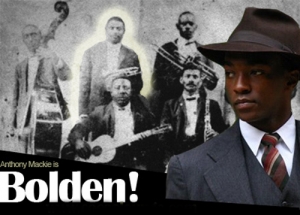 But more importantly, that means those who do live in Nashville will either have to truck to one of those two outposts or wait for it to go onto DVD or a cable/streaming service. That won’t do much good for the film from the standpoint of opening weekend audience, something that these days gets an inordinate amount of attention. The soundtrack has already been issued, and it contains some fiery, often excellent music from Wynton Marsalis (who supplies the musical voice of Bolden on cornet and trumpet) as well as trombonist Wycliffe Gordon and clarinetist Victor Goines.

The title character is played by Gary Carr, most recently on HBO’s “The Deuce.” Not having seen it I can’t make any aesthetic judgments, but hopefully Pritzker and company used as part or much of their source material either Donald M. Marquis’ 2005 volume “In Search of Buddy Bolden, First Man of Jazz,” or the 2001 Danny Barker/Alyn Shipton work “Buddy Bolden and the Last Days of Storyviille.” These two books offer the most accurate and researched information about a man shrouded in legend who never recorded. While certainly glad that this film, which took over 11 years to finally be completed, is available, it’s disgusting that anyone who lives in Nashville and wants to see it must travel to Franklin or Murfreesboro. However, it’s par for the course considering other things that regularly happen in this area when the music is an idiom other than country or pop in the most narrow sense.

Congratulations to the great pianist, composer and bandleader Ahmad Jamal. He’s this year’s Lifetime Achievement Award winner from the Jazz Journalist’s Association. It’s the latest honor to a superb musician whose career extends from the late 40s to the present. Though Jamal dislikes the term “trio,” no one’s done more to popularize the piano/bass/drums sound in jazz. His 1958 LP “Live At The Pershing: But Not For Me” was on the Billboard Top LP charts for 108 weeks, and his version of “Poinciana” remains a standard. Jamal’s had other albums attain crossover success but was introduced to a different audience in 1995. when Clint Eastwood used “Music, Music, Music” and “Poinciana” in the film “The Bridges of Madison County.” 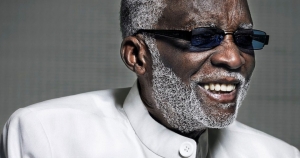 As a pianist, space and time have always been more important than speed and range. He established himself in the bop era as someone with equal ability to those masters, but a soloist uninterested in breakneck journeys across the keyboard. His phrasing and harmonic dexterity have also consistently been impressive, and his mastery of tempo and rhythm enabled Jamal and his various band members to emulate the sound and scope of a large group. Miles Davis’ love for Jamal’s music was well known, and he frequently played variations and versions of Jamal tunes in concert. The two were also great friends.

Jamal’s recorded for many different labels since his LP debut on Okeh in the early ’50s. His many other honors and accolades include a 1994 National Endowment For The Arts American Jazz Master Award, being a 2007 Kennedy City honoree, and a 2017 Grammy Lifetime Achievement Award recipient. He will celebrate his 89th birthday July 2, and returns to Nashville for the first time in decades October 18 at the Schermerhorn Symphony Center.

Ira Gitler was among a handful of critics embraced by musicians, despite his willingness to be candid in his commentary. Gitler, who died Feb. 23 at the age of 90, began working in the industry for Prestige. One of his fondest memories was producing a session featuring Miles Davis, Charlie Parker and Sonny Rollins in 1953, even though he also acknowledges at times things “got a bit rough.” But he soon turned to writing and produced some of the most informative and enjoyable reportage and criticism of jazz for many decades. He had two careers as an editor at Downbeat, and collaborated with Leonard Feather on two editions of “The Biographical Encyclopedia of Jazz,” whose latest edition appeared in 1999. 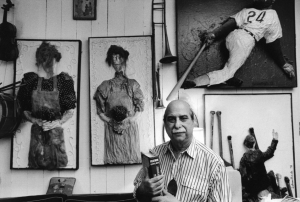 Gitler was a prolific album annotator, penning more than 700 sets of liner notes. Perhaps his most famous term was “sheets of sound,” his description of Coltrane’s playing on the 1958 LP “Soultrane.” He also penned three essential books. “Jazz Masters of the Forties” (1966), “Swing to Bop: An Oral History of the Transition in Jazz in the 1940s” (1985) and “The Masters of Bebop: A Listener’s Guide” (2001). In addition, Gitler wrote books on hockey, played with an amateur team, and wrote for the New York Rangers and the National Hockey League’s magazine “Goal.”

Still, music in general, and jazz in particular, was his first love. Gitler received the Lifetime Achievement Award from the Jazz Journalists Association in 2002 and was a 2017 NEA Jazz Master.

Versatility has been the hallmark of ace drummer Chester Thompson. He’s excelled in jazz. rock, gospel and pop groups while working with bandleaders as diverse as Frank Zappa. Phil Collins and the Weather Report duo of Wayne Shorter and Joe Zawinul. Now a Music City resident and Belmont faculty member over two decades, Thompson’s brilliance in multiple idioms is featured throughout his new release “Steppin.” 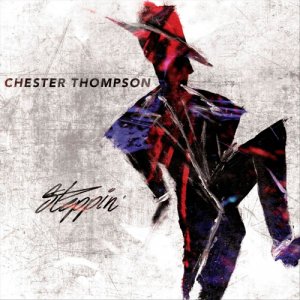 It is not only a showcase for his outstanding rhythm contributions, but he’s the set’s principal composer. Thompson’s assembled a fine band with former Nashvillan Joe Davidian on piano, another current Nashville stalwart in trumpeter Rod McGaha, exceptional bassist Alphonso Johnson, and percussionist Tony Carpenter, with guitarist Akil Thompson adding fireworks to the title cut and “Morning.”

“Inversion” is among the disc’s finest numbers. It’s one of the more straight-ahead jazz numbers with tremendous trumpet solos and melody playing by McGaha, excellent piano assistance from Davidian, and a driving, edgy pace and tempo. Its stylistic opposite is “Morning,” a pensive, beautifully executed piece with piercing, soulful trumpet, and equally delightful piano, embellished by Akil Thompson’s guitar lines and licks. Things shift rhythmically into a Latin mode on “Emmanuel,” while McGaha contributes two fine tunes to the mix, the lush “My Beautiful Rae” and “Amari,” the session’s final number. Davidian provides two selections, “You and Me,” and “The New Four.” There are also five shorter piece “interludes” that range from Thompson and McGaha dueting (three and four) to displays of percussive dynamics and melodic asides.

“Steppin” has something for every jazz taste without abandoning topflight musicianship or simplifying a tune’s structure to the point it becomes mundane or forgettable. “Conflagraton” or “Steppin” are reminders of how Weather Report could expand into funk and R&B-infused territory without diluting their core sound. On other occasions the combo operates in more conventional jazz territory. But whatever direction they choose, the music’s always compelling and inventive. Nashville’s fortunate to have Chester Thompson in its midst, and “Steppin’s” another reminder of his formidable skills as a player, writer and bandleader.