Rebecca Sayre Live at the Workshop 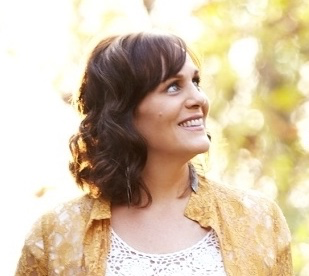 On Saturday, November 9 at 8pm the Nashville Jazz Workshop welcomes to the Jazz Cave vocalist Rebecca Sayre. Joining her will be Will Barrow (piano), Charlie Chadwick (bass), and Chris Brown (drums).

Rebecca’s singing career began to take off with her stint as vocalist for acclaimed swing band BadaBing BadaBoom. One of NJW’s first students, she took every class available, to hone her jazz vocal chops. Her debut CD, “This Is Always,” featured a backing band including Beegie Adair, Pat Bergeson, Denis Solee & Jeff Coffin. The CD reached the Top 50 in the JazzWeek Album charts. Inspired by the likes of Eddie Jefferson and John Hendricks, Rebecca wrote a vocalese to the Quincy Jones composition “Count ‘Em,” a hit for The Count Basie Orchestra. The composition was renamed “Homecoming” and recorded by Nashville’s 3rdCoast Vocals.

Rebecca was described by the Nashville Scene as “one of Nashville’s premier jazz vocalists… among the city’s jazz elite. An elegant stylist with a clear tone and an easy sense of swing…”

An accomplished songwriter as well, Rebecca’s compositions are informed by her jazz aesthetic. She released a CD of original compositions, “New Girl,” in 2008, and recently released an EP, “Play.”

The performance begins at 8:00 pm in the Jazz Cave at the Nashville Jazz Workshop.

Policies: The Jazz Cave is a BYOB establishment, with no alcohol or food service. You are free to bring alcoholic beverages and snacks. We sell soft drinks and bottled water. The Jazz Cave is a listening room, and we ask patrons to keep conversation to a minimum and silence cell phones. Audio and video recording is prohibited. Ticket sales are final.